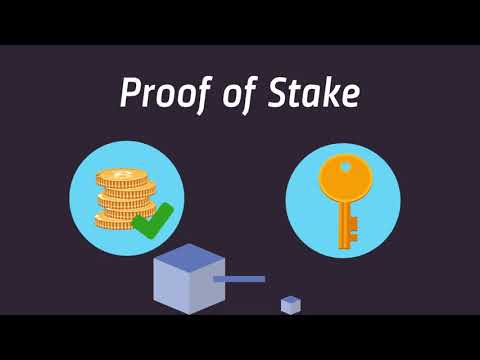 Bitcoin POS code for VeriFone machines by Casascius is open-sourced, but it's incomplete. Anyone interested on helping out?

Hey bitcoiners! I got a VeriFone Vx510 machine by accident, and googling I found out that casascius was working on the project of making software for this machines (Vx510 and Vx570).
https://en.bitcoin.it/wiki/Casascius_Bitcoin_POS_system
https://en.bitcoin.it/wiki/Casascius_Bitcoin_POS_system/Protocol
Code at https://github.com/casascius/vfbitcoin
As it says in the wiki


The POS system and its server are an open source project that is mainly in the planning stage. The POS system is not fully functional.


I'm interested on continuing this, cause these machines seem not so expensive and would allow individuals or organizations to buy or sell bitcoin on the spot, by getting one of this machines, loading the software and start using em.
Is anyone interested besides me? Would you donate? Do you know why development was stopped? I imagine resources...
I published an issue on github you can find in
https://github.com/casascius/vfbitcoin/issues/2
Feel free to contact me on this matter, I'll be trying to go forward on setting up an environment and checking how to load the software in the machine.

I am a partner in a new restaurant group that will rolling out a few locations of small sandwhich style shops in the Chicagoland area next year. I am a huge fan of Bitcoin and would like to offer Bitcoin payment at our sites. Right now we are putting together budgets and I said I would research POS solutions. The two other partners in the group have no idea what Bitcoin is and could care less as long as it's not more expensive to offer it.
These are small 1500 square foot sites with only a couple employees so there is no need for an extravagant and expensive restaurant POS system. There will only be one location to checkout and no servers.
I am aware of the tablet style solution that is common that sites like Bitpay offer but personally I don't like this idea. I know there will be a strong contingent of people that will disagree but something like this is not for us. Between training employees, dead tablets, spilled drinks I just don't see it fitting well in the long run.
I came across this solution from SoftTouch which I will investigate further but it seems like it may be a little too much for what we need and therefore probably costly.
http://www.coindesk.com/softtouch-pos-helps-restaurants-turn-bitcoins-dollars/
http://www.softtouchpos.com/
I also came across this idea which is a little more of what I was thinking.
https://en.bitcoin.it/wiki/Casascius_Bitcoin_POS_system
The problem is the price of XBT on this wiki is $5.00 which dates it and I couldn't find anything else on it.
Does anyone know of any other POS systems that integrate Bitcoin? Any help is greatly appreciated.
Thanks guys
PS... I left just enough in the design to hopefully install a Bitcoin ATM if they ever become available in the US.

To arms Bitcoin community! Help us to complete this mining installation for the Zürich MoneyMuseum. We are not asking for funds. Only your expertise needed! 20$ tip if you give us the relevant clue to solve or mitigate our main problem. Nice pictures of the exhibition inside as well…

Edit:
A big thank you to all people who helped us we can now mine true pps with diff1! The people in this thread which have helped most have been awarded. I want to mention also the operator of btcmp.com denis2342 and Luke-Jr.
Actually looking at the miner screen in the Linux terminal helped a lot ;-). The pool constantly resigned to stratum with variable difficulty. We can now mine true pps with diff1. Getwork with long polling seems to be default after disabling stratum...
We will probably post again, when there is a video of the installation in action...
Again many thanks. Learned a lot.
Edit:
 First of all, let me tell you that the Bitcoin Exhibition at the Zürich MoneyMuseum is most likely the biggest and most diverse of it’s kind. Please read more about the museum and the exhibition below.
Help us solve the following problem we experience with our “Muscle Powered Proof of Work” installation:
Me and a friend have invested a lot of time to build an installation for the Museum. It is basically a 10GHash/s miner and RapberryPi which is powered by a hand generator (Maxon DC motor with planetary gear). Here are some pictures of the installation, although not entirely put together yet. There are still some changes planned.
https://www.dropbox.com/sh/0qcvl3wu4romhnt/AAAYF08lnVAy6W6KEepE7e2Ua?dl=0
Now let’s get to the core of our problem:
We are mining at the getwork diff1 pool btcmp.com as it is a true pps pool with getwork diff1. The visitors in the museum can power the generator for 2-3min and see directly how many Satoshis the "network" (actually pool but we don't want to confuse the visitors to much at that point) has given the museum for their work. This all works well so far but one problem remains. Sometimes the pool does not get a share from us for more than 40 seconds or even more than 60 in some cases. I have calculated that with 8.4 GHash/s we should find a share about every 0.5 seconds in average (diff1). I think when the pool gets a share it gets all the hashes as it then accounts for several Satoshis. Statistically we get per minute what we should get in theory. We would very much like to lower the time between the accepted shares by the pool, however. This would help to make the overall experience much smoother for the visitors.
Please look at this screenshot from MinePeon and answer some questions:
https://www.dropbox.com/s/lb1jei4trc9kqe5/MinePeonScreenshot.png?dl=0
We see that we get a lot of diff1 hashes. However, only 11 shares/packages have been accepted. The Is there a possibility to set the miner SW so it submits to the pool as soon as a share is found? It seems to send them in packages which sometimes have 4-5 seconds in between but sometimes a much as 80 seconds. I would like to submit packages of hashes much more often. How can this be influenced?
What exactly are the Getworks (GW)?
What exactly are the Accepted ones (Acc)? This is where the TipBounty is. Help us to get a better Acc/diff1 ratio. Best would be 1:1.
What exactly are the rejected ones (Rej)?
What exactly are the discarded ones (Disc)?
What exactly are the difficulty one hashes (diff1)?
Now some of these questions seem very very basic but it is important for us to understand what these are and how we can influence these. We have a 1:1 correlation between the Acc and the pool side acknowledgement of shares/packages. So whenever the MinePeon shows one more for this value the pool value for last submitted share goes to “moments ago”.
Does the miner SW have a setting where we can set after how many diff1 hashes a package of hashes is sent to the pool? If no, do you have another idea why so few are sent? Ideally we would set it so the diff1 hashes are sent every 5 seconds or so, probably even more often.
Is stratum with fixed diff1 possible? If so, would it be better to use stratum?
Are there critical settings if we should know of? (we have tried --request-diff and --no-submit-stale)
We are using BFGMiner on MinePeon if that matters. We could switch to CGMiner if that would help. Any help is very much appreciated. The museum is doing a great job explaining Bitcoin basics. We had special focus on interactive learning and have several things to underline this.
I hope to hear back from you so we can improve our installation. Please don't hesitate to ask if you have further questions. We are both not mining experts.
Thanks for reading and AMA.
SimonBelmond
 Current features of the Bitcoin exhibition at the Zürich MoneyMuseum:
Current Features:
I see this as a good opportunity for Bitcoin, so let’s embrace it. I am especially excited to compare the traditional forms of money which used proof of work to the new money which also uses proof of work. I think in that context it will be much easier for the visitors to value this concept.
A lot of schools and other groups book guided tours at the museum. It is open on every Friday from December 05. On. Entry is free of charge.
Edit:Markdown, typos