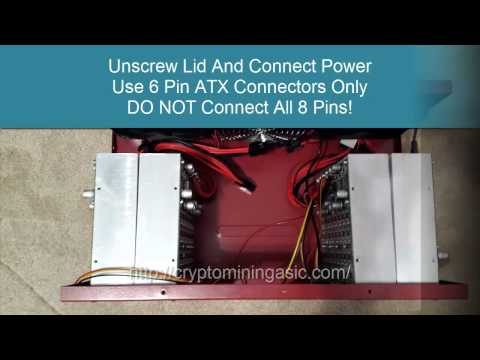 Bounty of One Bitcoin for the Most Accurate, Fair & Comprehensive Info about GAW

I posted earlier and agree with Erik V that a conference boycott is ineffective based on a speaker. This was incorrectly taken by some to be a defense of GAW. I have no interest in GAW or knowledge about the case. I don't believe I ever mentioned it until today.
So what is effective?
The best thing I can think of is to offer a bounty for the most comprehensive information about GAW so we both avoid a witch hunt and also provide good, solid data to the community and public at large.
This is an opportunity for people who believe it is a scam to post evidence.
I'll award a minimum of $100 worth of Bitcoin and up to one full Bitcoin for the best info about GAW and Garza. This will most likely be in small rewards. If for some reason there are not sufficient quality sources the $100 will be donated to charity.
If someone wants to lead this and set up a GitHub, great provided they can do so in a fair way with minimal chance of corruption.
Awards of Bitcoin will be made by ChangeTip when possible or by Bitcoin addresses directly when not.
Bounty will be awarded based on:
For submission style: submissions can be in any form... Links here to this thread to GitHub, to a website or another forum or whatever.
IDEAL FINAL OUTPUT -- the ideal final out put (from all sources combined) will be a solid, comprehensive document that can provide the most true and most accurate record of exactly what happened with GAW. Something with high level, journalist level or legal level of sources, backing and accuracy. (not, "hey look at this forum link with a bunch of unsubstantiated comments) -- compiling the links and putting into a document is also something that can earn a bounty
Moderation -- it would be great if someone can step up and run this in a fair way -- I personally don't have time for this and I honestly don't have a ton of interest in focusing on it. Id rather focus on fun stuff. I don't want scams in our space and would like to see them routed out. It would be great to see it done in a logical and fair manner.
I'll award the bounties right here on this thread and make comments to the posts. I'll be transparent about what is accepted or not and why with explanations.
Once completed, I'll do everything possible to post the results, whatever they are, for all to see and will also use the document to ask questions or inform the public or authorities.
Hopefully this will serve as a starting point for others who have time to devote to this in doing a solid job of documentation.
Any ideas? Now is your chance.
Let's see how constructive, accurate and fair this community can be.
EDIT: any changetips given to me in this thread will be either added to this or donated to charity -- so I'll give a minimum of $100 to this bounty or charity PLUS whatever tips received -- given the response in just a few minutes I think it's likely the evidence will be good enough to award here
EDiT 2: 1) we have lots of similar links -- what is NEEDED THE MOST RIGHT NOW IS solid and organized consolidation of the materials....so a Github or Wiki or something....2) I'm also going to be away from the computer Saturday so won't be reviewing this thread much....this also gives people a chance to make better and more clear, consolidated replies

Hi all,
My name is Moe Levin, and I'm the organizer of the Miami Bitcoin Conference.
You can see a lot of important and valuable comments about Josh Garza speaking at the conference in this discussion and in this discussion.
I have a responsibility to the community; not only due to the prominence and importance of this conference, but because our community made us. So, our philosophy is simple: we put our community first. That means responding to concerns and addressing them head-on.
I have received many emails of concern about letting Josh Garza speak. I sympathize, and would like for him to address those concerns directly. So, I have decided to let him speak, but will add an extra 30 minute question and answer period afterwards, so the community has the chance to confront Josh and voice their concerns.
It’s at this time, more than ever before, that the bitcoin community is needed to ensure a bright and profound future for the currency.
During the conference’s short, but action packed two-day agenda, you will meet and hear from the biggest names in the industry and powerful newcomers like regulators and bankers. Be sure to take advantage of the unique opportunity to make new friends, grow your network and seek out synergies.
And last, but not least, make your voice heard.
All the very best in the new year,
Moe

All,
We've been listening to the community’s response to Josh Garza speaking at The North American Bitcoin Conference. Comments can be found here, here, and here.
We suggested to give him an extra 30 mins Q&A and the amount or constructive feedback this has generated has made us rethink this solution. We do not want to give so much air time to Josh / GAW / Paycoin / Paybase - but we do think it is important that we have this public discussion with Josh. We believe that "sunlight is the best disinfectant" and if there is proof that shady business practices are taking place, he should be confronted.
We think that a Q&A period, moderated by someone you choose, will provide the proper forum for people to make their voices heard. We think that this layout, instead of a speech, is the appropriate forum.
This Q&A session will be recorded and broadcast, as will the rest of the conference, by Bitcoinist.net
For now, here's the latest agenda.
Best,
Moe

PSA: Another scam site from Josh Garza (GAW Miners/Paycoin). Now it's a "kickstarter" for bitcoin scam.

Josh Garza is coming out with new scams left and right. The latest is cryptochange.org. Stay the fuck away please, don't give this scammer any new victims.

PSA - A shadowy new "organization" calling itself Crypto Private Investor Group just announced its forming. This is a Josh Garza/GAW/Paycoin aligned group; although it purports to "greater worldwide adoption of cryptocurrencies like Bitcoin". I wouldn't trust anything coming from this group.

The community’s response to this issue has developed rapidly over the last week. The organizers of the North American Bitcoin Conference remain committed to maintaining a policy of transparency and neutrality in controversial issues.
Our role is not to encourage witch hunts. Our role is not to promote scams.
Our role has always been, and will always be, to provide a public forum for intelligent, productive discourse on the issues that matter to the community, however controversial.
We intend to provide that public forum next week at the North American Bitcoin Conference in Miami.
We have heard from multitudes of Paycoin supporters, just as we have heard from its detractors.
Troublingly, though, we have heard from those – on both sides of the issue – who wish to suppress the open discourse of next week’s forum. They have demanded either that Josh Garza be prohibited from speaking, or that the public be prohibited from responding. These people believe that the public will be somehow duped or entranced by the words of those who disagree with them.
Worse, they believe that the North American Bitcoin Conference itself is somehow corrupted by the participation of the other side, that it is somehow less valuable because of it. They believe that only the side they have chosen should be heard – that only their side should be permitted a forum to speak.
In short, they believe that the North American Bitcoin Conference should become an echo chamber.
That would be unproductive, and it would be unfair to those who will travel thousands of miles to attend. We believe that the value of a forum is not diminished by the participation of different perspectives, the provision of new facts, and the exposition of controversial positions. To the contrary, we believe the value of the conference will be greatly amplified by it.
To that end, Josh Garza will have an opportunity to speak, and attendees will have an opportunity to respond.
We will not censor this conference. We ask that you do not censor yourselves. We look forward to seeing you all next week.
See you in sunny Miami Beach,
Moe

This scam is from 2012 so a lot of people might not be familiar with it. But Trendon Shavers aka Pirateat40 ran a Ponzi style scheme similar to GAW which at one point held over 500,000 BTC.
He was completely incompetent and ended up losing the vast majority of people's BTC. SEC documents reveal that he only netted around $150,000 out of the 200,000 BTC he personally stole. How he managed to lose that much money (supposedly day trading on Gox) is not known, but BTC was worth around $15 at the time and he only managed to cash them out for $0.75 a coin on average.
Now that it's clear that US authorities are fully aware of Josh Garza's scam, I'd expect a similar outcome eventually. Especially seeing as it appears that GAW might be much larger than the estimated 5 million that Pirate's Ponzi was worth at one time.
edit: post related to current criminal case where he faces up to 40 years: https://bitcointalk.org/index.php?topic=120119.msg9461784#msg9461784 i'd edit the title if i could to say something other than 'likely facing 40 years'. should have put 'up to 40 years' to be more accurate.

Is it true that the same lawyer works at the Bitcoin foundation and GAW?

The one that sent the cease and desist to Coinfire? How deep against Bitcoin does the Bitcoin foundation go?
I'm not good with sources so I'm asking.
I've also seen Brock pierce support gaw on Twitter. Pierce also supported moolah.
Also, Joshs real name is Homero, using a fake name like Ryan Kennedy.

Am I reading this correctly?
The first few things are rumors here: https://bitcointalk.org/index.php?topic=857670.21000
And the thing with his son is here: https://bitcointalk.org/index.php?topic=857670.21080
Disclaimer: These aren't my thoughts, I'm just linking to something someone else wrote. Who knows if it's true, but most butters aren't smart enough to be fiction writers.

What bitcoin “news sites” are pumping Paycoin / GAW / Garza? Why it matters, and why reddit should take note. Including mods lost on all of this.

Ohio - Did you invest in Gaw / Zen Miners? /r/Bitcoin

Bitcoin, Litecoin, Bitcoin Mining, Litecoin Mining, Crypto-Currency, Crypto-Currency Mining, Crypto Currencies, GAW Miners, GAW Miners Hashlet, GAW Miners Hashlet Genesis Remarkably Intuitive ... Please Scroll Down for All Links Welcome to D Wing's World! Today we have a shout-out to a really awesome channel that is having a Bitcoin GAW. Please go and take a look!! Thanks for watching ... Quick setup guide showing how to get your GAW Miners Falcon up and running. To purchase the GAW Miners Falcon: http://goo.gl/bRsx9A For more information visi... Here we take a look at annualized Bitcoin prices in terms of the average, maximum, and minimum, in order to discuss the expansion and contraction phases. Bit... Jay Addison Technical and Media advisor interviews Josh Garza at Inside Bitcoins Las Vegas. Josh is a serial-entrepreneur with a focus on technology startups...